Last week I shared the situation of a manager I am trying to help.

He is loved by his staff because he lets them get things done their own way, but he feels he is not a great manager because the results he is achieving with his team are not what they could be.   This is a pattern that has been repeating for him. 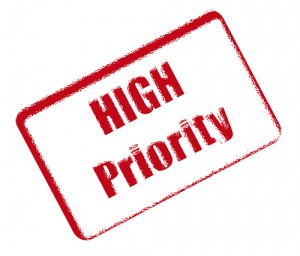 I suggested to him last week that he has leadership and motivation gifts that many managers lack and with the addition of one new skill set, he could be truly amazing.  I think he needs to develop his ability to agree on clear outcomes with his team, to measure progress against them, and hold people accountable for results.

He is over the squeamish feeling he initially had with the phrase “hold people accountable” and he has resolved to master this.

So what did he do last week?

He met with his 3 current team members to affirm their top 3 team priorities.  This is not new to him or his team; they have done this many times before.  What was new was that they stayed focused on the top 3 things and pushed aside all the other issues that were coming up.

With the 3 priorities agreed:

We talked at the end of last week about how this went.  He was exhausted by the process, but energized by the feeling at the end.

His advice to others:

His final achievement from all this is a four page document that has the 3 priorities and their goals listed.

Here are the headings for each priority

They also have a section called concerns that could change the top priorities. This is where they uncovered a big issue they needed to deal with now.

He plans to use the work they did to check in each week or two on each goal.  For example, one of these measurements is the progress on the implementation of a new program.  They broke it down into 16 steps between now and January.  In the past, he would have just asked how it is going. Now he will also ask what steps are done and how many are left.  This new level of detail gives him measureable information to help him do what he is awesome at, coach people to success. Now the success is just much better defined.  It also will show him early if progress on the goals is slipping and give him time to take action with the person or with the plan as the case may be.

I have a sheet for doing this that I am happy to share.  Drop me an email or comment on the blog and I will send it to you.