How a Great Manager Inspired and Motivated His Team

Front line managers make all the difference in employee engagement. Of that I am sure. In my presentations, workshops and writing I make this point over and over again. In my travels, I have interviewed front line managers in BC, Saskatchewan, Manitoba and Ontario for many different reasons. In these interviews, I often hear some great examples of specific actionable things that have been successful.

Here is one of them as told to me by a manager in Manitoba. He manages a home where his agency supports four individuals with intellectual disabilities.

“The house was in a funk. No one was taking the supported individuals anywhere; we were on cruise control… To get things moving I started a contest. Handi-transit tickets – whoever uses the most, I am buying you diner. Not I am taking you to diner; I am giving you the money to go out for dinner for two.” 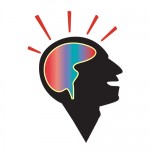 He was trying to deal with a funk that happens all the time in many different work environments: a pattern of behavior sets in, everyone is comfortable and things get stale and predictable. One approach to dealing with it would be to point out the situation to the staff and hope for improvement, but I like this approach better. It is non judgmental, no one was indirectly or directly criticized by putting this contest out there. It shows that the manager really cares about both the outcomes for supported individuals (getting them out of the house) and the staff (willing to put his own money out to create a prize and taking the time to think this whole thing up in the first place).

The result of this contest was a very large improvement in the number of outings AND a boost in morale for the staff. I am not sure how the awarding of the prize was handled in the end, but my suggestion would be that along with awarding the winner the prize, the manager should show the whole team the improvement in the numbers and congratulate them, from the heart, on the team success.