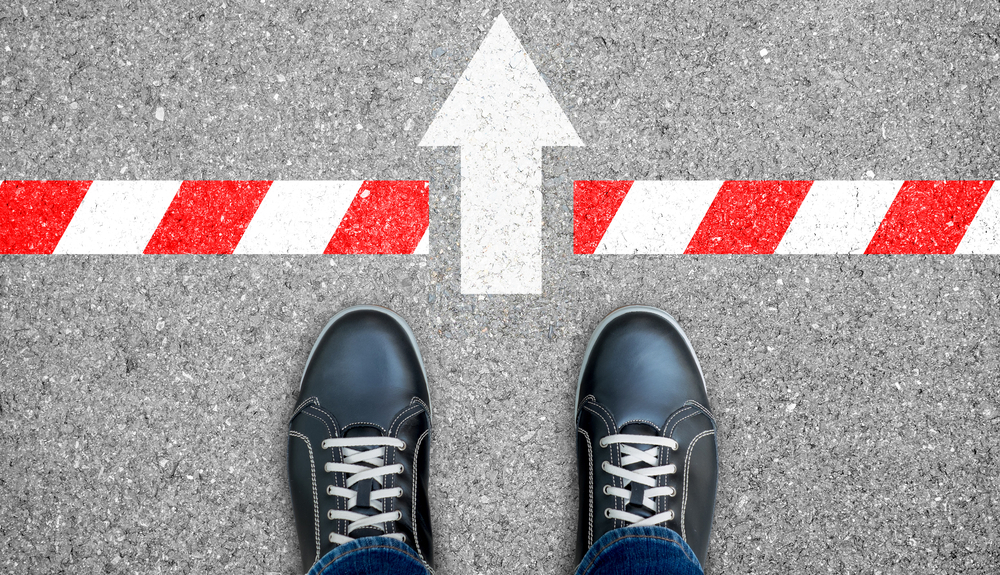 If the rules are stupid, bend them just enough to get the job done

I heard a story on the radio years ago that made my blood boil. It has stuck with me ever since. I have thought about it many times, but have never written about it before because the issue it raises is tough, and the solution is hard for some people to take.

The story was about an immigrant who was holed up in a church basement, given sanctuary by the church. Our government had decided to deport him and he did not want to go. As soon as he left the church he would have been taken into custody and sent “home”. If he were a convicted criminal, that would have been the right treatment. The trouble was that he was an honest individual with deep ties to Canada. His wife and kids were here, his life was here, he was hard-working and someone who sounded wonderful. His “crime” was bureaucratic. He had neglected to file a form or some other detail. The government minister in charge admitted it was unfortunate that he was to be deported and they wished there was some other way, but “rules are rules” was the message. The church minister vouched for the man and begged the government to make an exception because it could take years for him to clear the bureaucratic hurdles and get back to him family. His only crime was procedural. He had finally managed to join his family in Canada, had entered the country legally, and then had messed up his paperwork. That was his only transgression. The journalist brought up examples of other immigrants who had been convicted of real crimes in Canada, but who were being treated much more fairly than this man. The contrast was striking.

I thought about the chain of command behind this. A front-line government worker had likely begun the process, noticing some key deadlines on the file were missed. I would like to think he was given a chance to make amends, but that might not have been the case. It likely escalated through at least a few levels before it got to the point where the man had to run to the church to evade government officials coming to detain him. Each of the leaders along the way had the chance to investigate further before moving the case along or stopping it somehow. None chose to do so.

What would you do? Just “do your job” and move the file along? Bury the file and try to let the person off the hook, perhaps jeopardizing your own career, potentially hurting yourself and your own family in the process?

The trouble is neither approach really solves the problem, if you define the problem as getting the man back to his family without being deported.

The solution for each of the people along the way was to put people before process. To let their heart guide them for a bit before doing what the rules demanded.

The front-line bureaucrat could have phoned the man personally and made sure he understood what might happen if he did not get things straightened out. If he sensed the man did not understand, he could have even enlisted some of then man’s support network to explain the situation to him. The file could sit on this person’s desk for a little while he tried to help. In the end, though, he does have to move it along, but not without trying to help a bit if his heart said this was an injustice.

If it reached the next level, the leader could have investigated further and attempted to remedy the situation if no one else had. She or he could have delayed things further, extended deadlines, and enlisted support both inside the government and through the man’s community.

Anyone at any point in this process could have appealed to higher authorities in the government to consider alternatives.

Most of this grey area activity was not in anyone’s job description. This is hard for some people to get their head around sometimes, but this is how many things really get done. Sometimes you must bend the rules—just a bit—in order to get the right outcome. The immigration official who turns someone around at the border rather than charging them and ruining their life when their gut tells them it was an honest mistake. The airline customer support person who waives all the change fees normally charged when she feels the person is telling the truth and needs to get home to attend to a sick child. The reading teacher and principal who collude to get some extra reading recovery time for a kid whose parents won’t admit there is a problem and won’t do the required paperwork. The plumber who stays for a few hours extra on a job and does not bother to tell the boss about the extra time because he knows the family can’t afford it. These are all examples where people bend the rules because their hearts tell them to.

Bending the rules is always an option. Sometimes, you just need to let your heart guide your actions before you let your inner bureaucrat take control. Generally speaking, rules do need to be followed or we head towards corruption and chaos. There are rules we should challenge and there are rules we need to live with—and bend responsibly from time to time—so we can get good things done.