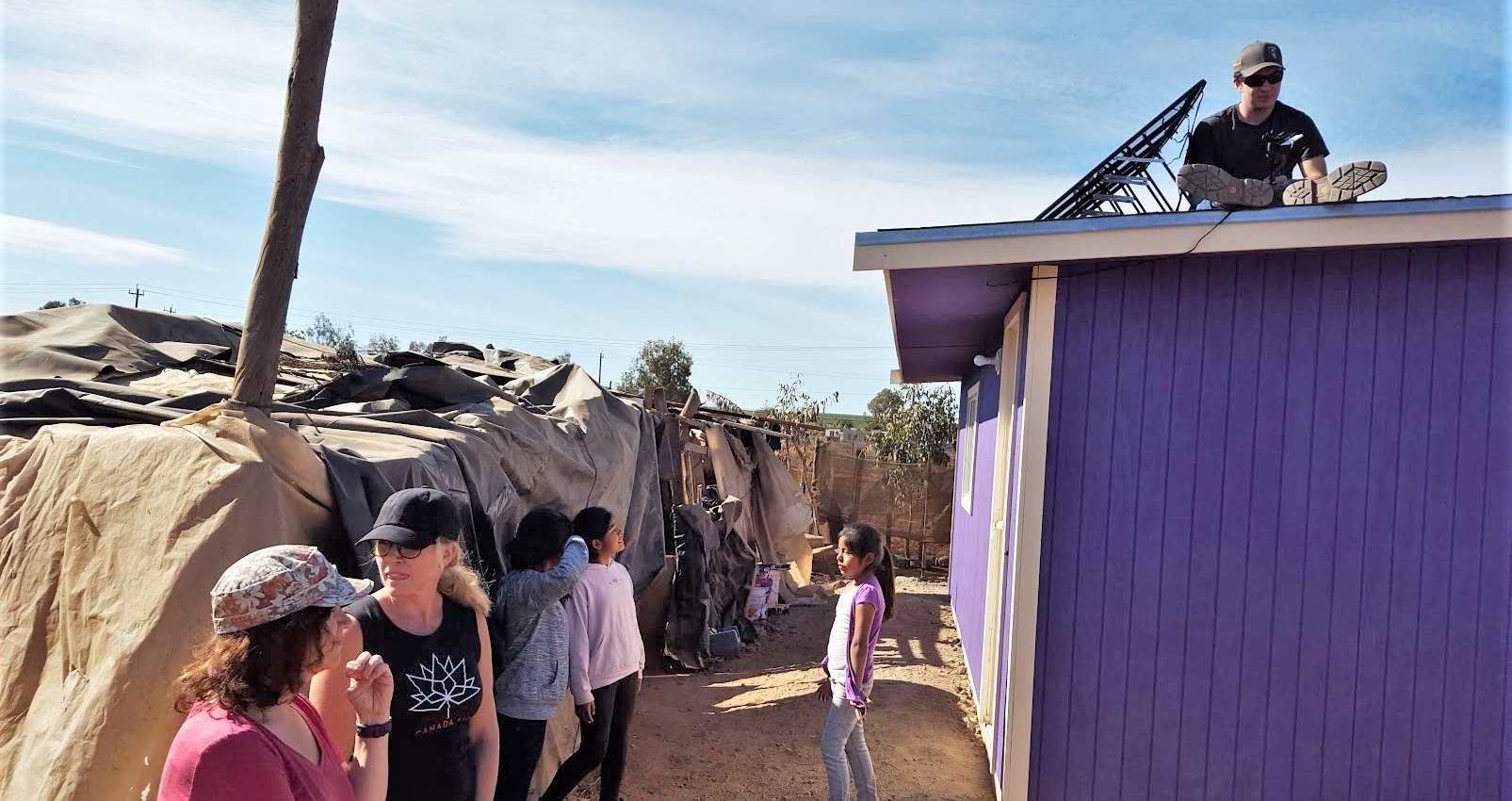 A few years ago, my family and I went to one of the poorest areas of Mexico over the holidays. We were part of a team building a house for a family in need.

It was a wonderful experience to help the family move from the house on the left to the one on the right.

One of the things we found so interesting was the joy we witnessed. This family had many issues, but they were not embarrassed by their old house. They welcomed us in and showed us how they lived. They had no fridge, no power, no running water. They had to get food from down the street every day and a truck brought drinking water every few days. To make a living, the dad picked the strawberries we eat all winter in Canada. He made about $5 per day. That barely covered the payments for their lot, food, and the kids’ school supplies. A new house was never going to happen under the status quo. We were honoured to help them get that done. Such hard-working people deserve a solid roof over their heads.

My daughter Melanie, being 13 at the time, spent most of her time helping to keep the little kids away from the construction site. She especially bonded with the youngest child—Roberto—who was five. He was a mischievous little one—full of life. They played together for hours. He was learning English faster than anyone else in the family and he loved everyone.

A few weeks earlier, thanks to the agency that had brought us to Mexico, Roberto’s constant bouts of shortness of breath and his purple lips had been diagnosed. He had a hole in his heart. In Canada, this would have been repaired before he was six-months-old.

In Mexico, they do have public health care. Roberto would get help, but he would have to travel to the big city for the first time. The agency arranged to cover the travel and nursing expenses that you must pay for yourself in Mexico. The family would not have been able to afford that. We all had hoped that this little boy would return home to his new house with his heart repaired.

What a happy ending that would have been. Roberto died in surgery. Telling my daughter this news was one of the hardest things I have ever had to do. That little boy you fell in love with over the last week—he just died. It was a lesson for all of us about the unfairness of life.

We are still in touch with the family. They have carried on. Seems they understand that life must go on, that life is not fair. They have had many more setbacks in their lives than most of us in Canada ever will. They must carry on for their other four kids. They don’t have the luxury to stop.

If we wait around for life to become fair, we will never get anything positive done.

When I am down, feeling dumped on, misunderstood, unappreciated, or treated unfairly, I think about Roberto. Then I think about Stephen Covey’s advice about being proactive. Focus on what you can change, not on what you can’t. The biggest thing I can change is me. My attitude and actions are under my control. I can wallow in the unfairness of it all, or I can move forward and carry on, trying my best to do good and set a good example. This is what we as leaders need to do.

Roberto would have us do no less. He was attracted to my daughter who is a smiley, fun, attentive, energetic person. He would not want to see us all wallowing in the unfairness of it all; he would want to have a party.

Party on in your own positive way.