It is fine to talk theory, but nothing beats real life examples. At IBEX, we have scrapped the idea of performance reviews in favour of coaching sessions between each manager and each of their team members (one-on-one coaching). In a previous post, the coaching cycle part one, I gave an overview of the process.  In this blog I want to share two real life examples.

I wish I could do this level of one-on-one every time I coached someone.

My calendar reminded me that I had a one-on-one with one of my key staff in the afternoon.  I set aside 45 minutes in the morning for preparation.

During the prep time I printed off a new coaching sheet and wrote the current active goals of the person onto the sheet.  I also reviewed my notes from the last few sessions- notes on what they thought was going good and bad, notes on my feedback to them and notes on the concerns and frustrations that the person shared with me.  Finally I took a few minutes to reflect on the last six weeks between me and this person.

There had been some performance issues recently. I had spoken to them a few times directly about the issues.  I thought about the fact that the issues were still occurring, and the path to improvement was not clear to me yet. I realized that the “performance issues” were all in areas new to this person. Their core role, the one they were hired to carry out, was being done to an extremely high level and with almost complete success. With this realization, it was easy to put together feedback.  I wrote up a summary of what this person was hired for, a checklist of sorts, and I highlighted their success in each and every category, with a few examples to boot.  For the feedback on the problem area I simply wrote down a few specific examples, and wrote down how these made me feel and how others had reacted and felt.  I thought about my best advice with respect to the problem issues, thought about how I had made the same mistakes, and specifically how I had moved beyond them.

The one-on-one session began with the usual “how’s is it going?”  The coachee shared how they thought several key work issues were going.  I asked how they were feeling about company progress as a whole. I asked how things were going on a particular personal issue and I was happy to hear that things were going much better. I shared how happy I was that this issue was improving for the family. I made a few notes on the coaching sheet on the work part of the discussion. I rarely make notes on the personal stuff. The personal stuff I try to remember. This stuff is between me and the person only. 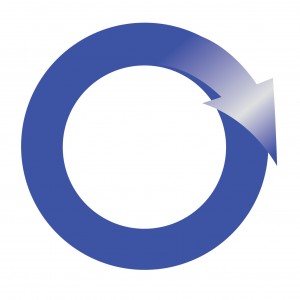 We then moved on to the feedback part of the session. I explained that I had felt it was time to reflect on how things had gone since this person was hired and gave them the written summary of why they were hired. I went on to detail how they had achieved complete success in all areas. I talked about specific examples where they had success and I talked about the general conclusion that they were getting the job done, beyond the level of satisfaction, and into the area of high performance.

In the performance area I talked about specific examples where concerns had arisen.  We talked at length about why the person had acted the way they had, how they felt, what they were thinking at the time and how they felt about it now.  I shared some stories of making the same mistakes and how I had adapted, including some key insights I had learned that had helped me immensely.  We agreed that this could happen again and likely would, because change in this area was going to be hard, but we also agreed that it would improve over time because the person wanted it to and they understood how it affected others.

My final words from the feedback part of the session were along the lines that this person was one of the most valuable members of the IBEX team. That their contributions are highly valued, that I value them just the way they are, the change we were talking about was an exploration of some new territory they don’t have to go to if they don’t want to, there are other options.

We moved into the concerns and frustrations part where the person shared, with a bit of coaching, several current issues they were concerned about and we talked them through.

The session wrapped up after just over an hour.  One of the longer sessions I have done this year.

Sometimes you just don’t have that much time to prepare!

I always try and have the one-on-one sessions when scheduled. Why do it if you are not fully prepared? One of the most important things about coaching sessions is that issues are not allowed to fester, that there is a regular “check-in” happening that catches issues before they become too big and that relationships can develop between you and your staff through regular, confidential and reliable contact.

The big thing about the quickie is that though you may have rushed the preparation, you don’t rush the session itself.  You need to be in the head space to listen and be a good coach, despite the lack of serious preparation.

Preparing for the quickie is easy.

When the session begins tell the person that you have had limited time to prepare, so feedback will be limited, but that you wanted to have the session anyway to keep in touch.

Listen, coach and share as always and make a note to yourself to go more detailed on this person next time. Perhaps doing quickies with others who have had more detailed one-on-one sessions recently?